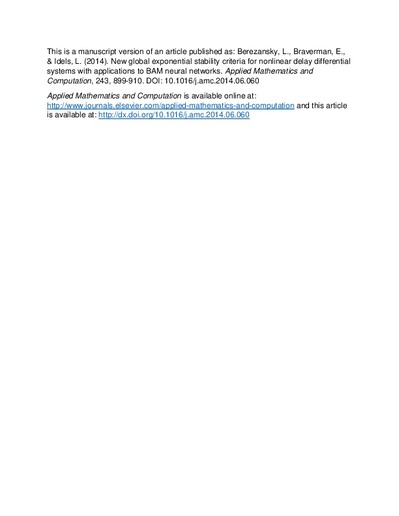 We consider a nonlinear non-autonomous system with time-varying delays (see abstract equation image) which has a large number of applications in the theory of artificial neural networks. Via the M-matrix method, easily verifiable sufficient stability conditions for the nonlinear system and its linear version are obtained. Application of the main theorem requires just to check whether a matrix, which is explicitly constructed using the system’s parameters, is an M-matrix. Comparison with the tests obtained by Gopalsamy (2007) and Liu (2013) for BAM neural networks illustrates novelty of the stability theorems. Some open problems conclude the paper.