A seat at the table: Exploring treaty First Nation representation in a regional district 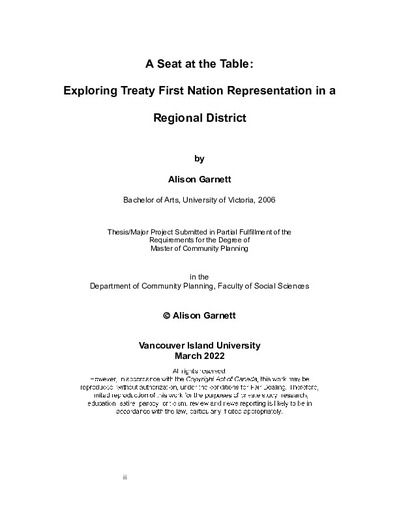