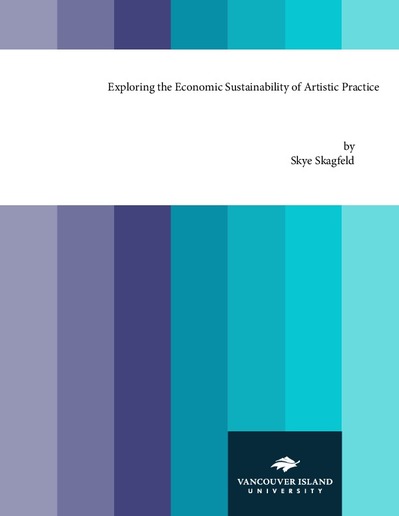 The rise of the new economy has increased the importance of creative thought needed for developmental change (Bridgstock, 2013). The presence of creative individuals in a community brings about innovation, so creative city and nation planning has been implemented in some developed countries to promote positive development (Kakiuchi, 2014). This study draws on previous research within the topic of cultural entrepreneurism, the livelihoods of artists’, and tourism. This qualitative study was carried out in two sites in Australia: Melbourne, Victoria and Eumundi, Queensland. The purpose of this study was to determine if creativity and personal income was affected by the commercialization of local artists in Australian markets. The objectives of the study were to: identify factors that contributed to the economic sustainability of artists, inquire about the influence tourism had on the personal income of artists, and gauge their subjective well-being. Recruitment occurred at arts markets where artists were approached using a snowball sampling method. The data collection period lasted 6 weeks and the results indicated that 31% of respondents had achieved economic sustainability through their artwork, whereas 19% stated that the income generated from art-making was partly sufficient and was characterised by fluctuations, and finally 50% of respondents needed to supplement their income from art through other means. Primary sources of supplementary funds were, in order of frequency, spousal support, part-time employment and savings or pension earnings. The results of the study demonstrated that artists who sold work at markets frequented by tourists were more likely to sustain themselves financially than those selling out of a suburban studio gallery. A stand-out trait for those who indicated economic sustainability was that they treated painting as a full-time job, dedicating meaningful time to business activities outside of the creative practice. The subjective well-being of artists was affected by the need to create artwork with commercial value. Some artists referred to the strain experienced by the need to make a living through creative work and how the economic pressures affected their overall creativity.