Gender-based discrimination and the city 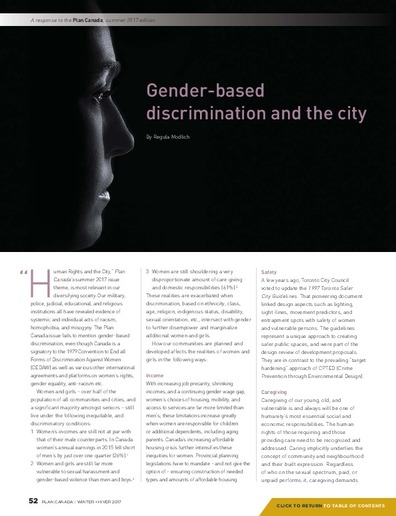 "Human Rights and the City," Plan Canada’s summer 2017 issue theme, is most relevant in our diversifying society. Our military, police, judicial, educational, and religious institutions all have revealed evidence of systemic and individual acts of racism, homophobia, and misogyny. The Plan Canada issue fails to mention gender-based discrimination, even though Canada is a signatory to the 1979 Convention to End all Forms of Discrimination Against Women (CEDAW) as well as various other international agreements and platforms on women’s rights, gender equality, anti-racism etc.